Scroll down for Giveaway! 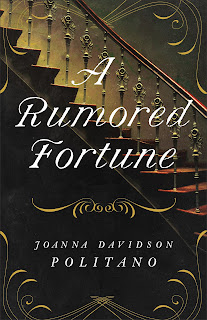 Welcome to Trevelyan Castle, home of the poorest heiress in Victorian England. Tressa Harlowe’s father kept his vast fortune hidden somewhere on his estate in the south of England and died suddenly, without telling anyone where he had concealed it. Now Tressa and her ailing mother are left with a mansion and an immense vineyard and no money to run it.

It doesn’t take long for a bevy of opportunists to flock to the estate under the guise of offering condolences. Tressa knows what they’re really up to. She’ll have to work with the rough and rusticated vineyard manager to keep the laborers content without pay and discover the key to finding her father’s fortune—before someone else finds it first.

PRAISE FOR A RUMORED FORTUNE:

“Everyone loves a treasure hunt—pair it with a heroine you can’t help but love, a hero you can’t help but swoon over, and a family mystery that’ll keep you on the edge of your seat, and you end up with A Rumored Fortune. This book is a treasure in itself and one you won’t be able to put down!”
— Roseanna M. White, bestselling author of the Ladies of the Manor series and Shadows Over England series

“Politano combines romance and mystery with great skill to create plot twists that will keep readers captivated until the very end.”— Publishers Weekly

“The author has done a great job, offering up a plot filled with wit, charm, action, and a lot of female strength.”— Suspense Magazine 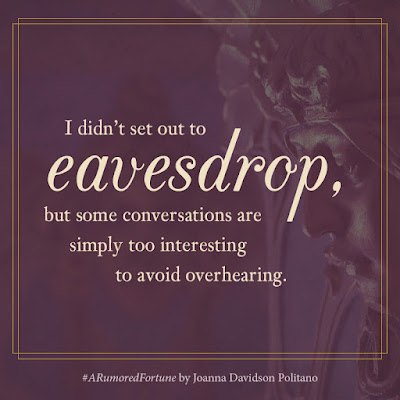 My friend once told me about her grandfather who buried his entire fortune because he didn’t trust banks (or even his family, apparently). He promised to tell his wife where it was before he died, but of course he died suddenly, leaving his wife and four children with a vast mansion and sprawling vineyards… and no money. This became the central mystery for A Rumored Fortune, but in real life the family ended up abandoning their mansion and living penniless, the fortune never found.

As a kid, I used to write little stories that included the people around me. I brought justice to their characters and highlighted the kids who were always overlooked, making superheroes out of them. It appeased the sense of justice in my little heart, but when the stories started getting around the classroom, it caused a lot of chaos as people recognized themselves. My heroine in Lady Jayne Disappears did the same thing, writing about her family under a pen name and then letting chaos ensue as they tried to guess who was writing about them.

3. A writer in debtor’s prison

Like the heroine in Lady Jayne Disappears, Charles Dickens was a Victorian era serial novelist who spent part of his childhood in debtor’s prison because of his father’s debts.

The romance in A Rumored Fortune is a pairing of total opposites, which resulted in immediate dislike for the heroine. This entire dynamic, and the trajectory of the characters’ relationship, is based on meeting my own husband and eventually falling hard for him, even after saying an immediate “no” to a second date. My marrying him later surprised everyone—including me!

My opening scene in Lady Jayne Disappears was inspired by an intriguing image that is believed to be the Bronte sisters, a shy trio all huddled together in their worn and high-necked gowns, approaching their publisher to inform him that they were the bestselling authors Acton, Currer, and Ellis Bell. 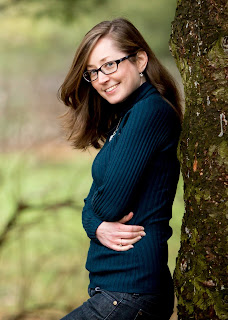 Joanna Davidson Politano is the award-winning author of Lady Jayne Disappears. She freelances for a small nonfiction publisher but spends much of her time spinning tales that capture the colorful, exquisite details in ordinary lives. She lives with her husband and their two babies in a house in the woods near Lake Michigan and shares stories that move her. 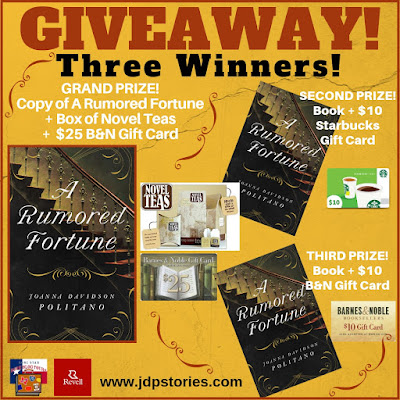 
CHECK OUT THE OTHER GREAT BLOGS ON THE TOUR: