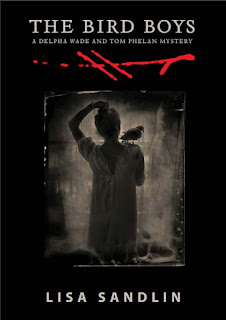 The new novel from award-winning author Lisa Sandlin catches up with the almost-murdered secretary Delpha Wade (The Do-Right, 2015, set in 1973) as she’s released from a hospital in order to be tucked into the back seat of a police cruiser. Her boss, P. I. Tom Phelan, sets out to spring her. He needs her back in his investigation business, where he’ll soon be chasing a skulking grand larcenist and plotting how to keep a ganjapreneur out of the grabby hands of a brand new agency, the D.E.A. Delpha digs through old records and knocks on strange doors to unravel the dangerous case of two brothers with beaucoup aliases—verifying that sometimes truth is not true, but murder is always murder.


PRAISE FOR THE BIRD BOYS:

Publishers Weekly, Starred Review
“What makes this crime novel soar is the humanity and humility of its main characters. It is by turns exciting, tender, suspenseful, observant, and gently funny. Readers will eagerly await the next installment.”

Booklist, Starred Review
“Sandlin’s sequel soars on the wings of its spot-on evocation of a time and place and its utterly compelling central characters... A first-rate series crying for word-of-mouth support.”

Kirkus, Starred Review
“Proving that anything old can be new in the right, talented hands, Sandlin has crafted an outstanding series that readers will want to follow and savor.”

Robert Faires, Austin Chronicle
"I confess that as a Beaumonster who remembers that city in the early seventies, the book has a special appeal; Sandlin gets so many details just right. But you don't have to have lived there to be captivated by The Bird Boys. Its characters, wit, exquisite prose, and sense of redemption are so richly crafted that they'll stick to most anyone like, well, a shirt to your skin on an August afternoon in Beaumont."

I was a big fan of the first book in this series, The Do-Right, so I was thrilled to get an opportunity to read and review the follow-up novel. It is not necessary to have read the first book to enjoy this one, but if you do, The Bird Boys begins right after the other one ends, with the main characters, Delpha Wade and Tom Phelan, dealing both physically and emotionally with the fall-out of a crime.

Delpha Wade is a wonderfully well-drawn character, and her personality shines through in both novels. She has been recently released from a long prison term after killing a man in self-defense who was assaulting her when she was 18 years old. But the prison experience has shaped the person she is today: strong, organized, determined; someone who doesn't suffer fools gladly.

Tom Phelan is a Vietnam vet and is struggling to get his P.I. business off the ground. He feels a growing attachment to Delpha, but is very aware of how badly she has suffered in the past and is gentle with her, which I admired. The two cases the main characters investigate are interesting, and you really see the reality of what it must be like working as a private investigator.

The novel's setting is in Beaumont, Texas in 1973, and the author has done an excellent job of characterizing this town, which is located not far from Houston. The era of the book is interesting to read about since there were no computers, cell phones, or other technology that we are used to seeing in contemporary mysteries. This means that the work done by a private investigator is a lot more complicated and slow. The author also was careful, and successful, in getting the historical references right, including, for example, the mentions of Watergate, Hurricane Celia, the use of a Selectric typewriter, the Bobby Riggs/Bill Jean King tennis exhibition, and the $1.60 cent minimum wage.

The writing is something special. The author's sentence structure, which is short, and not always complete, really drives the narrative and gives a unique cadence to the reading experience, as in this paragraph toward the end of the book:

"....he hoped the phone was still in working order. He got out and tried it. Dial tone, all right. Hung it up and leaned against the wall, waited. The breeze mild, pleasant. Clouds on the moon. The station's orange security lamp stained the leafy underside of the nearest tree an orangey-brown. Weird effect."

For me, the pace really slowed down in the middle of the book as Tom and Delpha each investigate the two mysteries they are trying to solve. The description of the process of uncovering the clues says a lot about how tedious most P.I. work probably is, but this is not so great for a narrative that you want to keep moving. That being said, I never wanted to stop reading this noirish tale at any point, and was hungry to find out the solution to the mysteries.

One of my favorite things about the book, hands-down, is that the author has dedicated her novel to "librarians everywhere," and she incorporates libraries and librarians into the novel in a very positive way. Overall, I enjoyed The Bird Boys and would recommend this series to those who like mysteries with intriguing characters, a slower pace, and an unusual setting of time and place. 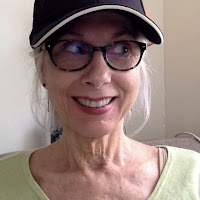 Lisa Sandlin is the author of The Do-Right, winner of the Shamus Award from the Private Eye Writers of America and the Hammett Prize from the International Association of Crime Writers. Her new mystery thriller The Bird Boys is set in 1973 in the same town she was born, Beaumont, Texas. Her previous books are The Famous Thing About Death and Message to the Nurse of Dreams, Cinco Puntos Press; In the River Province, SMU Press; and You Who Make the Sky Bend, Pinyon Publishing. 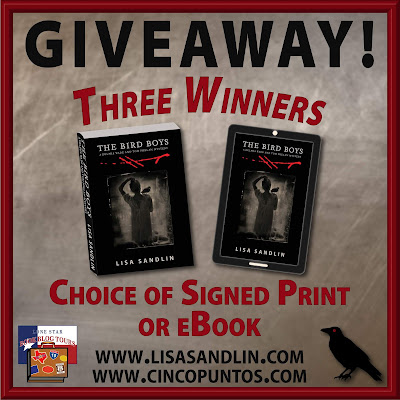