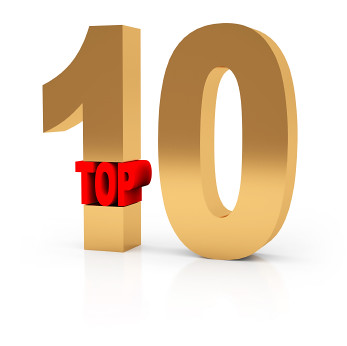 This time of year you can find Top 10 Lists of everything: movies, TV shows, internet memes, etc. And also books! Lots and lots of Top 10 Lists for books. This is the first year I've posted a Top 10 List on my blog. Will it be an annual thing going forward? Who knows. What I do know is that I read some amazing books this year, way more than 10; but the ones listed here are the books that resonated with me and were the most memorable.

In the interest of brevity, I've just given a short annotation below, but you can find more lengthy reviews of these books on Amazon, Goodreads, and other place to help you consider whether they are ones you would like to read. So, here goes! 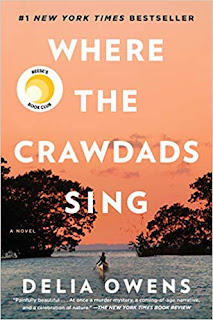 With evocative descriptions of the natural world, Where the Crawdads Sing is a haunting coming-of-age tale and mystery, as well as a meditation on survival and the need for human connection. 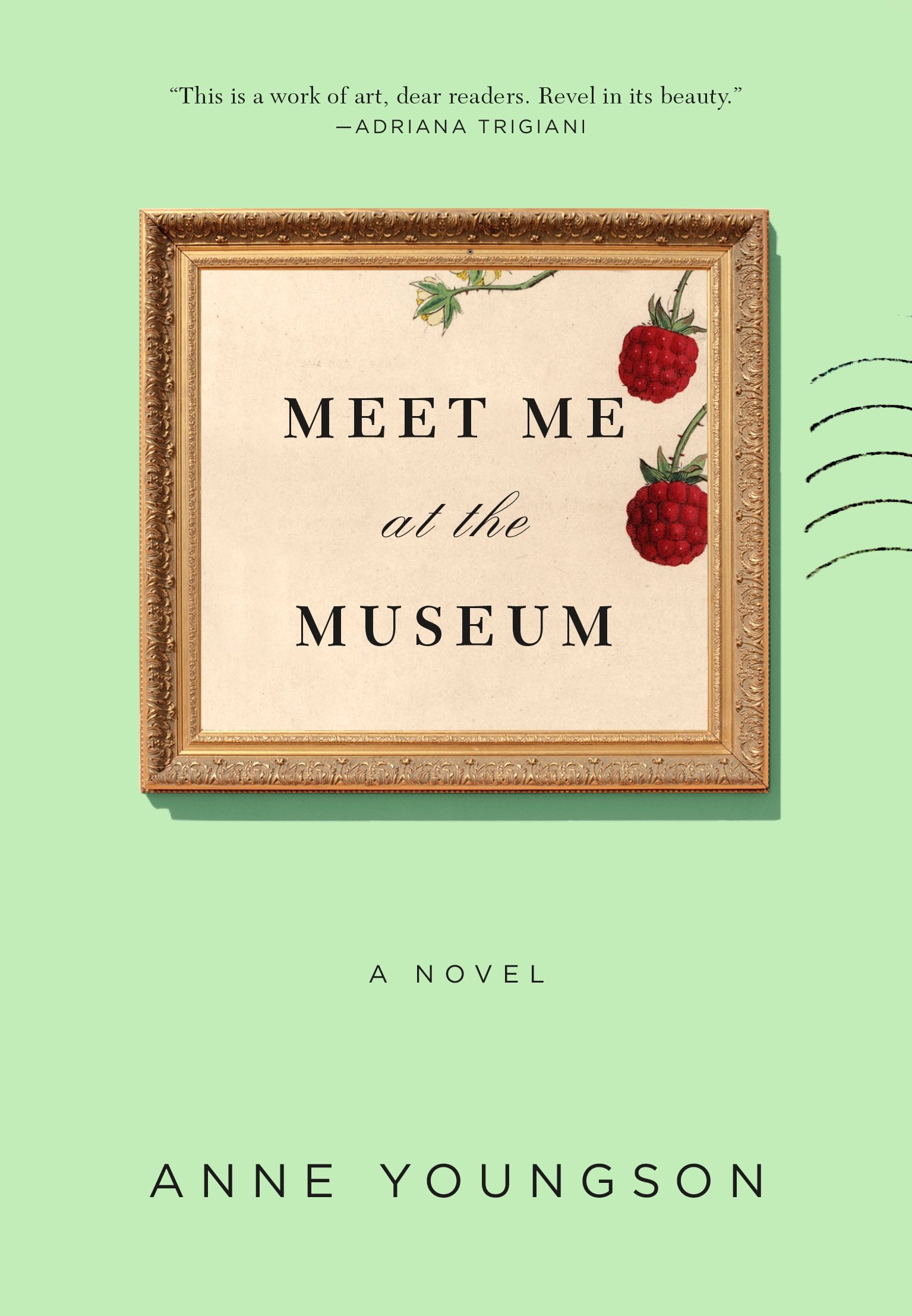 Consisting entirely of letters between Tina Hopgood, a farmer’s wife in England, and Professor Anders Larsen, a museum curator in Denmark, this short epistolary novel begins with correspondence about the ancient Tollund Man, but soon turns into a blossoming friendship and an examination of what might-have-been.

In the midst of coming to terms with a neuro-atypical diagnosis for her 9 year old son, Fred, Piper finds herself unwillingly assuming responsibility for her distant father who has a traumatic brain injury. Narrated by three distinct voices, Flying at Night is a character study exploring themes of family, forgiveness, redemption, and love.

In a world of magical haves and have-nots, the elites of this complex society have found a way to imbue magical sigils onto inanimate objects, and to use this power to attain great wealth. The rest of the population lives in poverty and fear, including scrappy survivor Sancia, a thief who can "sense" the sigils and steals magical items for a price. All is well until she steals a magical key and sets off a chain reaction that could lead to the destruction of the world itself.

Written in the format of alphabetical glossary entries, this coming-of-age debut gradually reveals the life and struggles of adolescent William Tyce as he tries to come to terms with the life he has been given.

Semiosis is a creative and unusual science fiction tale that follows several generations of space colonists who, hoping to create a self-sustaining Utopia on Pax, find themselves sharing the planet with sentient beings - not all of whom are friendly to humans.

Using three diverse, yet ultimately interconnected fictional narratives, Star of the North is a thriller, but also gives an inside look at some of the untold secrets of the Juche era of the North Korean regime. The author read many different reports of North Korean escapees and defectors and reveals in the notes section which of the situations in the book were based on factual accounts. I found it fascinating.

In an epic, raucous and often hilarious novel, we meet a sprawling Mexican-American family as they gather for the funeral of their matriarch, followed by the 70th birthday party of Big Angel de la Cruz. This is their story, in all its amazing messiness – about the good and the bad, but most of all the love.

The narrator of this complex and unique novel will wake up each day, for 7 days, in the body of a different member of a house party taking place in the English countryside where a murder will occur. The only way to get out of this time loop is to solve the murder. This was one of the most challenging novels I read this year, and my admiration for the author's skill in crafting such a mind-twister is immense!

Vivian Miller is a dedicated CIA counterintelligence analyst assigned to uncover Russian sleeper cells in the United States. After accessing the computer of a potential Russian operative, Vivian stumbles on a secret dossier of deep-cover agents within America's borders. When she makes an unexpected discovery, everything about her life and her marriage is cast in a new light - forcing her to make impossible and dangerous choices before she loses her job, her family and her life.

That's my Top 10 list for 2018. There were so many to choose from - this was an excellent year for published books! And, from the looks of it, 2019 is going to be a great reading year, too. I've already mentioned a few of my favorites for 2019 in previous blog posts.

Posted by Kelly Moore at 3:25 PM No comments:

SCROLL DOWN FOR THE GIVEAWAY! 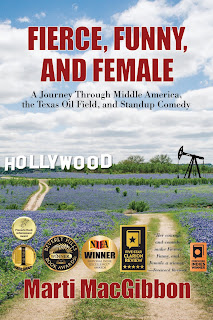 This book is the celebrated prequel to the critically acclaimed, nationally award-winning and bestselling memoir, Never Give in to Fear. In her raw, vivid, and unabashed style, author Marti MacGibbon delivers a sometimes heartbreaking, often hilarious, always engaging account of her passage through trauma, betrayal, and loss in adolescence and young adulthood to discover her inner badass self. As one of the first women to work as a laborer in the Texas oil field, she set off explosives and staked oil wells before realizing her childhood dream of becoming a successful standup comic. Marti introduces readers to a wide range of characters in her life: from sleazy authority figures, wannabe Sixties musicians and crazed Corn Belt cult leaders, to Texas oil billionaires and wildcatters, to wild-eyed redneck coworkers who robbed banks on their lunch hour―in the company truck. The book includes scenes with iconic comedians, Hollywood entertainment industry moguls, and a legendary bluesman, and offers insights into resiliency, courage, and self-empowerment.
WINNER, 2017 Foreword INDIES Book of the Year Awards in Humor
WINNER, 2017 Foreword INDIES Book of the Year Awards in Women’s Studies
WINNER, 2017 National Indie Excellence Awards in Women’s Health
WINNER, 2017 Beverly Hills Book Awards in Women’s Issues
WINNER, 2018 Independent Press Award in Humor
WINNER, 2018 Independent Press Award in Women’s Studies
WINNER, 2018 New York City Book Book Award, Women’s Studies
FINALIST, 2018 Next Generation Indie Book Awards, Memoir (Overcoming Adversity) 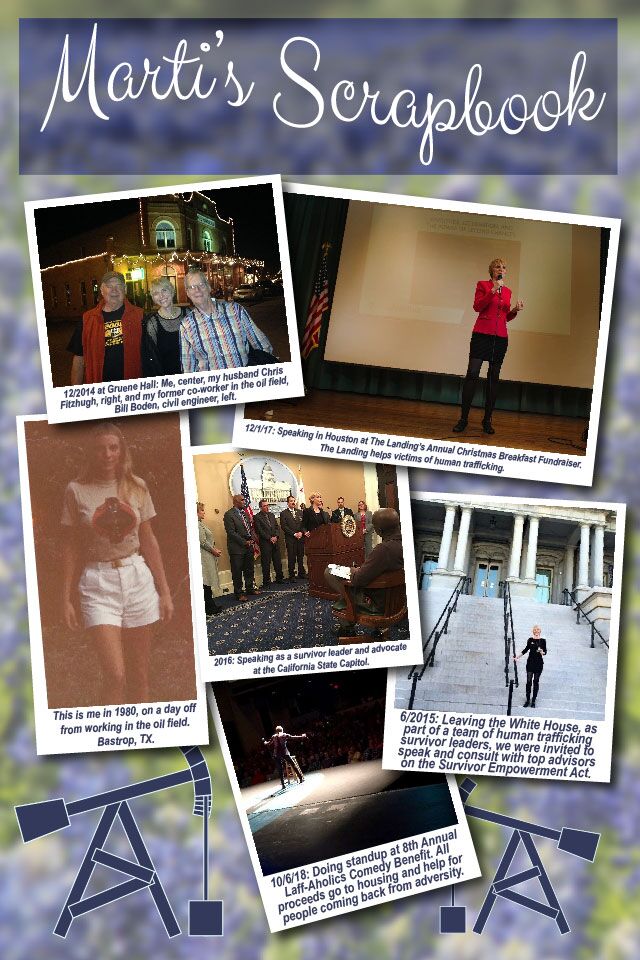 PRAISE FOR FIERCE, FUNNY, AND FEMALE:
“Being funny is a survival skill. Fierce, Funny, and Female is not only a survivor’s tale but an inspirational story of overcoming the unthinkable, again and again…Her courage and comedy make Fierce, Funny, and Female a winner.” — Foreword Clarion Reviews “An effervescently witty…chronicle of perseverance and the power to overcome the darkest of days…Perhaps the most rewarding chapter in this chatty, affecting book is the concluding one, where MacGibbon lists the tried-and-true pearls of wisdom that continue to sustain her…” — Kirkus Reviews “Fierce, Funny, and Female is a thoroughly engaging memoir packed with witty observations, high adventure, and a glimpse of behind-the-scenes Hollywood. Highly recommended!” — Midwest Book Review “MacGibbon is a natural storyteller, and her life story is a most interesting one. The characters she has run across during her life journey are well-drawn and absolutely fascinating, particularly the good ol’ boys in the Texas oilfields.” — San Francisco Book Review 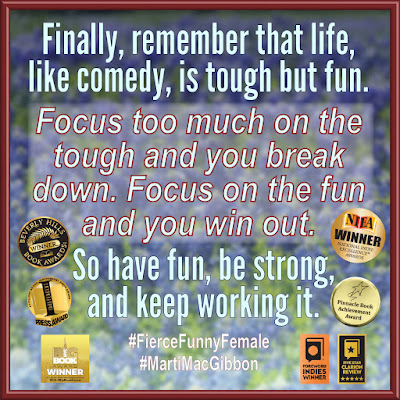 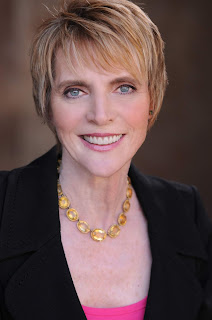 A compelling speaker and storyteller, Marti MacGibbon delivers high-energy presentations and writes books on overcoming adversity, addiction and recovery, and inspiration, with humor and a genuine, down-to-earth style. She’s experienced critical situations that no human being should have to face. In the past, she hit rock bottom in every possible way as a hard-core drug addict, was homeless, and was trafficked to Tokyo and held prisoner by Japanese organized crime. Her story of triumph is testimony to the power of the human spirit. Marti lives her message. She reveals simple, effective strategies that anyone can use to get back on track, build resiliency, reduce stress, and cultivate a sense of humor.
Marti is a bestselling author, inspirational speaker, certified addiction treatment professional, Gorski certified relapse-prevention specialist, and member of the National Speakers Association. She’s been interviewed in Entrepreneur, Investor’s Business Daily, on ABC-TV, CBS-TV, and numerous radio shows. And she’s funny: Marti traveled all over the U.S. as a professional standup comic and performed at the Hollywood Improv and Comedy Store. She is founder, producer and host of Laff-aholics Comedy Benefit for Recovery, an annual charity fundraiser in Indianapolis featuring nationally headlining comedians. She also serves on the outreach committee of IPATH, Indiana Protection for Abused and Trafficked Humans Task Force.
║ Website ║ Facebook ║ Twitter ║ Instagram ║
║ Goodreads ║ Amazon Author Page ║ YouTube ║
-------------------------------------
GIVEAWAY!  GIVEAWAY!  GIVEAWAY!
Each of Three Winners Gets a Signed Copy of the Book PLUS: 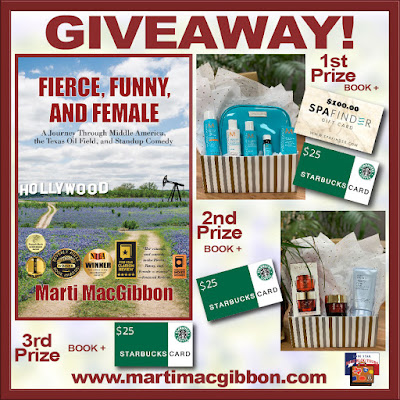 VISIT THE OTHER GREAT BLOGS ON THE TOUR:

That's a Lot of Books! 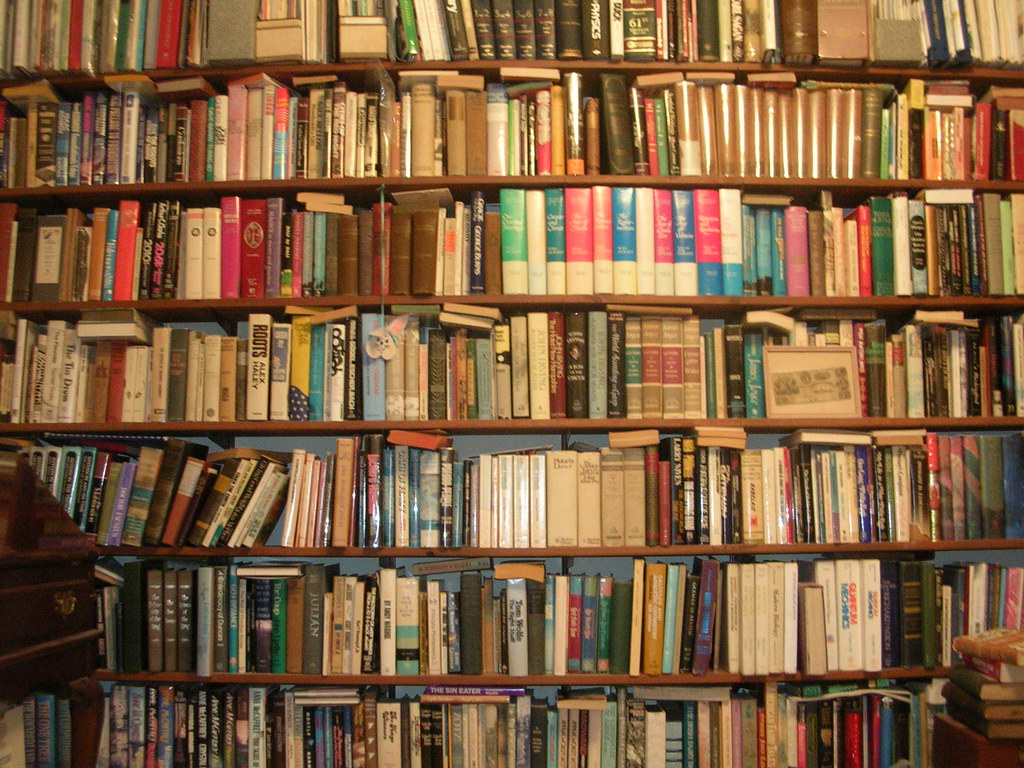 I posted the 2018/2019 Texas Library Association Lariat Adult Fiction Reading List a few days ago, but I thought I'd list all the books that were nominated from which we chose, by vote, the 25 that made the final list.

The Lariat Committee was required to read all the books that were nominated. They encompass a wide variety of genre fiction: Mystery, Thriller, Romance, Science Fiction, Fantasy, Historical Fiction, Short Stories, and a lot of what I'd call "Literary Fiction."  There were another 55 books that were read by different members of the committee, and then withdrawn from selection for one reason or another. There were a number of other books I read this year that I wish I could have nominated, but I was limited to 8!

The one book that I nominated that did NOT make the Lariat List this year is A Key to Treehouse Living by Elliot Reed, which was a gem (!), but had an unusual structure: a coming-of-age tale told in a series of encyclopedia entries, through which the story slowly unfolds. I recommend this one for its unique narrative and poignancy.

It was hard to narrow this list down to 25, and a number did not make the Lariat List that I wish would have (and a few I didn't care for that much myself). But, the reason we have 9 committee members is so that it is a well-balanced reading list, and doesn't rely on any one person's particular taste.

A number of these books also appear on other year-end reading lists, and a few are gems that didn't get much publicity, but were good reads.

If you'd like, let me know if any of these titles were among your favorites this year!

Posted by Kelly Moore at 8:22 PM No comments: